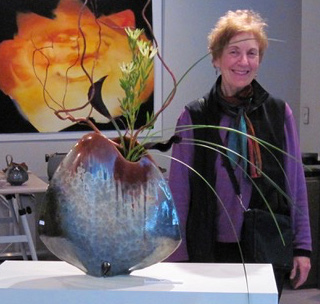 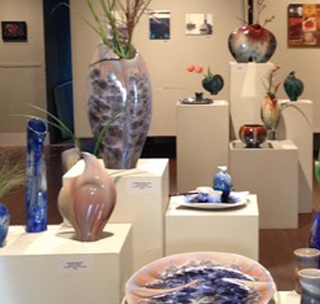 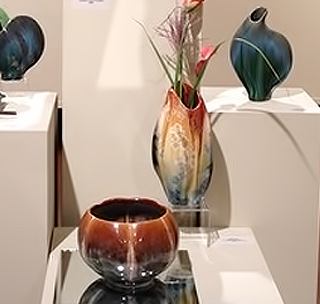 ARTIST'S STATEMENT
I have been a studio potter for 45 years, my work evolving from functional stoneware to decorative porcelain. The pieces exhibit my strong interest in form - sculpting the porcelain into out-of-round shapes that are organic, sometimes almost figurative. I work to stretch the porcelain to its fullest potential, whether I throw, use slabs, slip cast, or extrude the clay.
I spray layers of glazes to accentuate the curves, shadows and mood of each piece. Recently I have become fascinated by crystalline glazes. Crystal development depends on the firing temperature, glaze formula and application. The piece is fired on a pedestal, with excess glaze collected on a tray beneath. The pedestal is separated by chisel and the bottom of the piece ground smooth. This technical process feels quite magical, a surprise, as I vary these elements and explore crystalline glazes.
During the past sixteen years I have taught workshops in New Zealand, Australia, and Thailand and have travelled throughout the South Pacific and Asia. These breaks from my studio work inspire me with energy, color, and form. I continue to integrate into my pieces the skills and philosophies, people, places, moods and friendships I discover as I travel and work in other countries and cultures.